There Will Be Retaliation

Hi everyone. Finn here, filing my Week 2 report. The hoomans are working my last nerve with this “they’re in charge” stuff. Why can’t they understand I am the alpha? I’ve tried everything to train them, including most recently, un-potty training myself. I even looked them dead in the eye when taking a dump in their bedroom. #SlowLearners

They also keep making me go to something called “place” which is my 6th ring of Hell. (Yes, dogs read Dante, too.) I hate being forced to stay on a bed ON THE FLOOR like some common dog. So, I scream and freak out like it’s hot lava. Still, they persist. #ThereWillBeRetaliation

The Hairy One keeps putting a foxtail mask on my head to stop me from hoovering up dangerous stuff from the yard. I like it better than the rubber basket but, it’s harder to get off. The Hairy One said “it’s the best $35 we’ve ever spent” – whatever that means. Someone at the park said I look like the Hannibal Lecter of dogs. #IGuessThatMeansHandsome

I encountered a terrible awful horrible thing The Other One calls a “don’t be scared, it’s just a vacuum.” I was so tired after saving her life from that thing that I fell asleep sitting up while trying to scold her afterwards.  #SheJustStoodThereLettingItAttackHer

The hoomans also betrayed me this week by putting my paws into a tub of water. It was at least an inch deep, and I almost died. Fortunately, when I went stone stiff and started shaking, The Hairy One saved me. I will never enter that room of terror again.

There were some highlights this week. For two whole days the outside was filled with flying white fluffy stuff suitable for chasing, eating and peeing on. It was magical. I dragged The Hairy One around the yard running and frolicking together. (We are BEST FRIENDS.) The hoomans assembled the white stuff into a round three-sectioned creature then took pictures of it. Sensing the obvious danger, I peed on it then attacked it with my bare paws. I save their lives basically every day and get no thanks.  #TheyreTooStoopidToKnowTheyreInDanger

I also made the cut at a magical place called K9 Camp. I love it there. We just play all day, and the other dogs snuggle during naptime. I don’t snuggle during nap time because I’m too excited to nap. I just run in circles and wait for everyone to wake up so we can play again. The pack leader is named Scott and he calls me the Kissy Bandit. I love to give kisses to every dog and hoomans whether they like it or not. My girlfriend is named Kai, and she’s dreamy. #LLFinn

That’s all the news and #Finnanigans from this week. Over and out.

BE NOTIFIED ABOUT BOOK SIGNINGS & MORE

You’re On Your Own Lady

You’re On Your Own Lady

Introducing the Hairy One & the Squishy One

Introducing the Hairy One & the Squishy One

Find everything you need here: 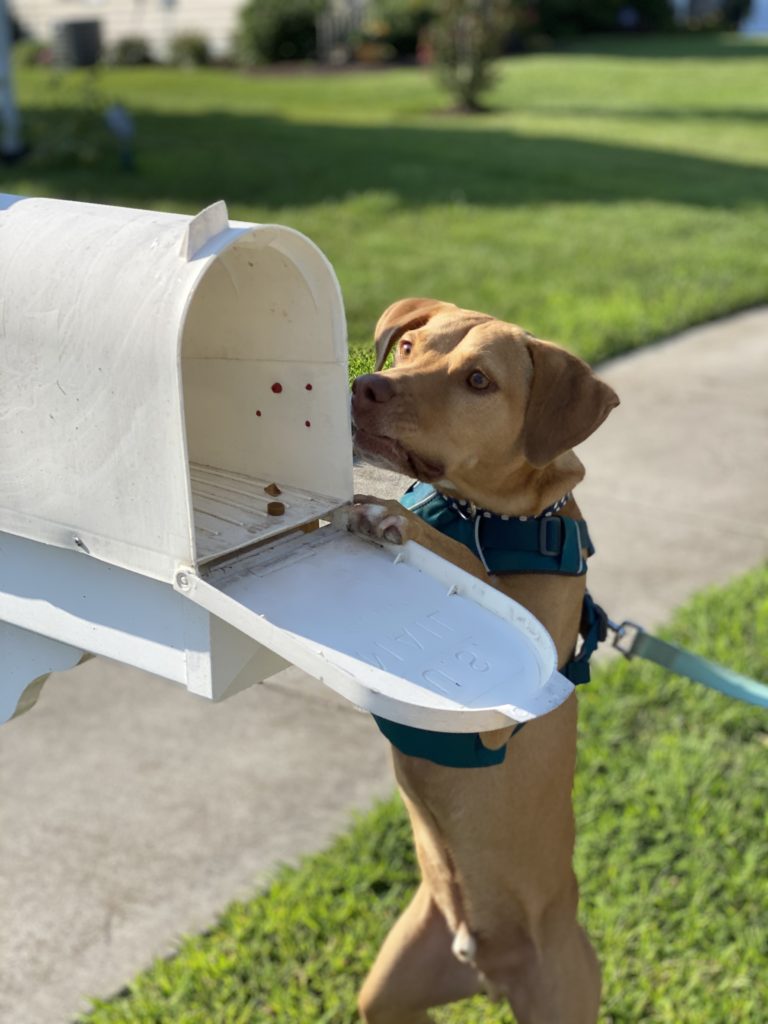